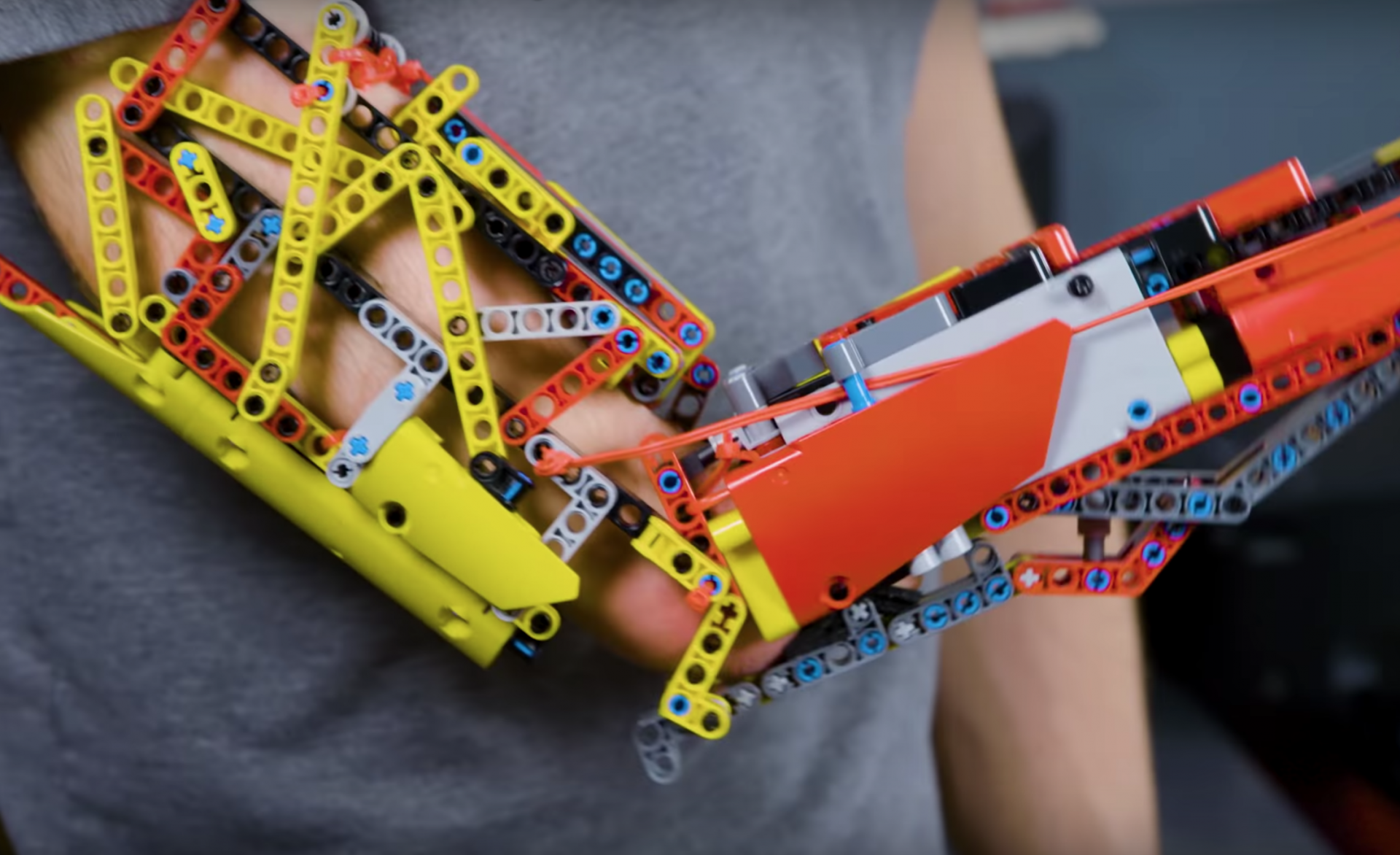 If you were born with a physical disadvantage, what would your outlook on life be? David Aguilar was born with an under-developed arm. But instead of letting that be a hindrance, he used his creativity and intellect to make his own arm…with legos.

David’s right arm only goes to his elbow, the rest never fully developed. In addition to struggling with daily tasks, he was also made fun of as a kid. But he’s really smart, and loves legos. So using his creativity, he built a prosthetic arm for himself using legos. It even has a battery-powered bicep that enables him to perform normal tasks.

When you have a struggle, whether its physical or something else, do you feel sorry for yourself or complain about the problem? Take a lesson from David, and see your problem as an opportunity to create something incredible.